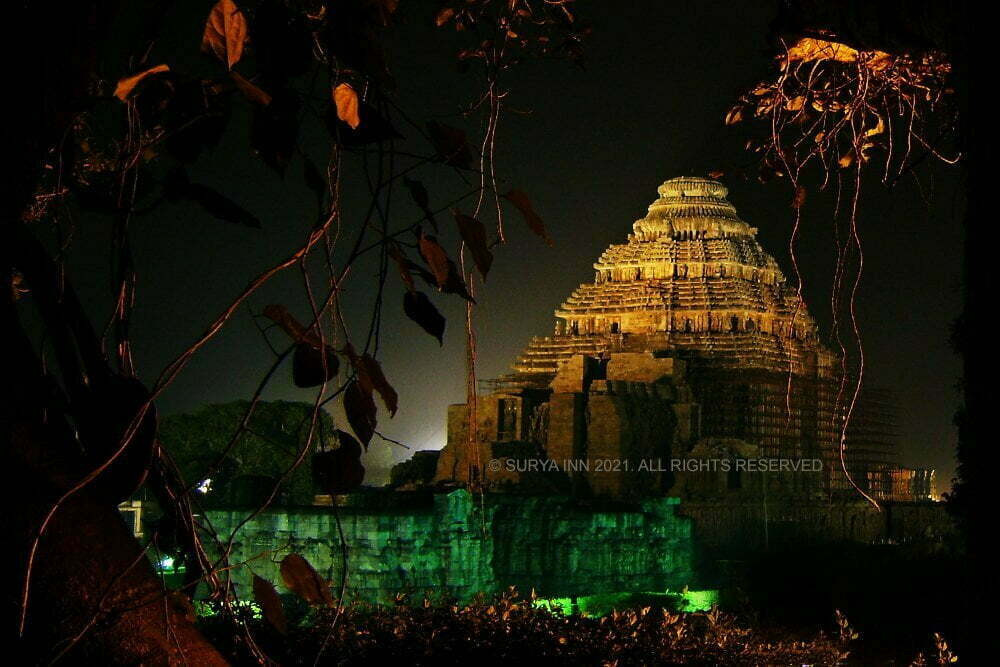 Above all The Konark Sun Temple is another one of the 7 wonders of India and is located in Konark, Orissa. The temple is a UNESCO World Heritage Site and has also featured on various lists of Seven Wonders of India. In addition to this the temple is located 35 km from Puri and 65 km from Bhubaneswar connected by all-weather national highways. Public bus connectivity from Bhubaneswar and Puri.

Konark (Kona means corner or angle + Arka means the Sun) is a place, most importantly the ‘sun appears to be rising at an angle’. Puranic literature teaches us Konark is an important place of sun worship: mentioned in Samba Purana, the ‘first Sun Temple’ was built in Konark in the 19th Century BCE. This is said to be the origin of the sun worship tradition in Konark. Madala Panji tells us further the next Sun Temple built in the 9th Century CE by the Keshari Dynasty.

The existing Sun temple built by King Narasimhadeva I of the Eastern Ganga Dynasty about 1250 CE. Abdul Fazal (1556-1605 CE) in Ain-E-Akbari says that, there were six other temples inside the compound of the Sun Temple, and 22 other temples in its vicinity. The grand temple we see today is only a part of the original temple complex, which fell to ruin for reasons unknown.

Moreover the Sun Temple is a wonderful culmination of all the defining elements of Kalinga architecture and includes a jagmohana (audience hall), shikhara (crown), vimana (tower) and natmandir (dance hall). Legend has it that the temple’s plans were very accurate that the first rays of the rising sun fell on the image of Surya enshrined within the garbha griha or sanctum sanctorum of the main temple

Not only this temple known as “Black Pagoda” but also In ancient days the temple was helping sailors for navigation. It is a major pilgrimage site for Hindus and who gather here every year for the Chandrabhaga Mela ( a fair) on the month of February. Finally Konark Sun Temple wheel depicts on the reverse side of the Indian currency note of Rs. 10 to signify its importance to Indian cultural heritage.

How to Reach Konark

Secondly The nearest railheads are Bhubaneswar and Puri. 65 km from Bhubaneswar via pipili and 35 km from Puri on marine drive road