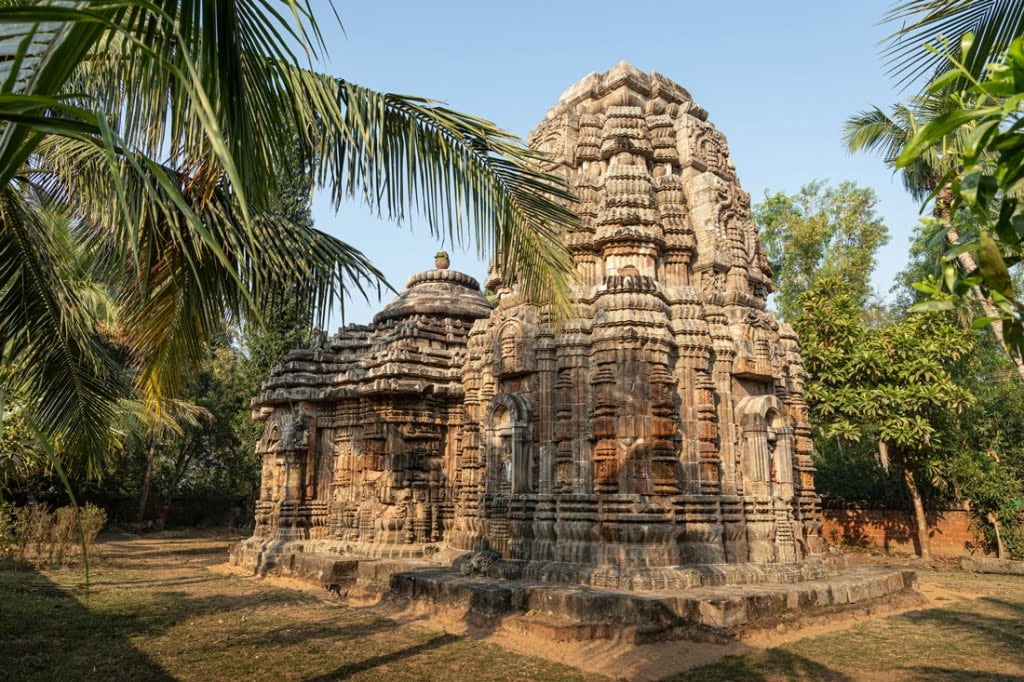 Although the Gangeswari temple foundation is of laterite stone, the temple itself constructed of sandstone. As per legends, the chief architect of Konark Sun temple, Sibei Samantaray Mahapatra, belonged to this village and it is here that the 1,200 craftsmen, engineers and supervisors of Konark Sun Temple stayed whilst making their plans for constructing the sun temple. This temple is 800 years old but the intricate carving on its walls is a wonderful example of Kalingan architecture.

in a tiny village of Bayalish Bati, close to Gop in the Puri district of Odisha. Situated in the Bhubanswar-Konark road, just 12 KM from Konark.No public transport available to the site but we at Surya Inn can arrange traveling to this site.

Gangeswari Temple is a 13th century ancient fort at Bayalishabati village in Puri district. The temple was  for the Goddess of the Ganga dynasty.

Definitely the Gangeswari temple had built during the ruling of the Ganges dynasty. According to the architecture and art of the temple, it was a 13th century temple.

Although the chief priest of the temple, is worshiping daily.

Also the Biman divided into three parts. Hence it is built on a seven-chariot design. The Jagmohan is based on the Pancharatha design.

There are many fine artefacts in the walls of the temple, but most of them had torned down or rubbed over time. The excellent Astadigapala sculpture is in a hole. There are also Chamunda and Bhairab. Two of the addictive destinations for the side deities currently have statues of Barahi and Ganesha. The third is a broken part and is worshiped. It does not seem to be a relatively small and original deity.

The statue of Barahi depicts him drinking blood. He has four hands. The goddess holds the cup in one hand and holds it near her lips to drink the blood. The tongue is removed from the mouth of the pig. Her hair is perfectly curled. In both hands he holds a crooked knife and a shield. On both sides of the aisle are students. Below them two small two-armed Brahmundi deities. They are in the same shape.

Jagmohan and the interior walls of the plane do not have any artifacts.

The main idol of Gangeswari is a statue of Durga. The idol made of black stone. Goddess Four Handed. He appears to be holding a lotus and arrow in both hands. An asura (Demon) fallen at the feet of the goddess. The vehicle of the goddess depicted in the form of a lion sitting on an demon. There are also two small goddesses on both sides. The idol often worshiped in costumes and ornaments. The throne made of bronze and has two small lions on either side.

Besides from the main statue, the moving idol worshiped on the throne. There is also a black stone statue under the throne.