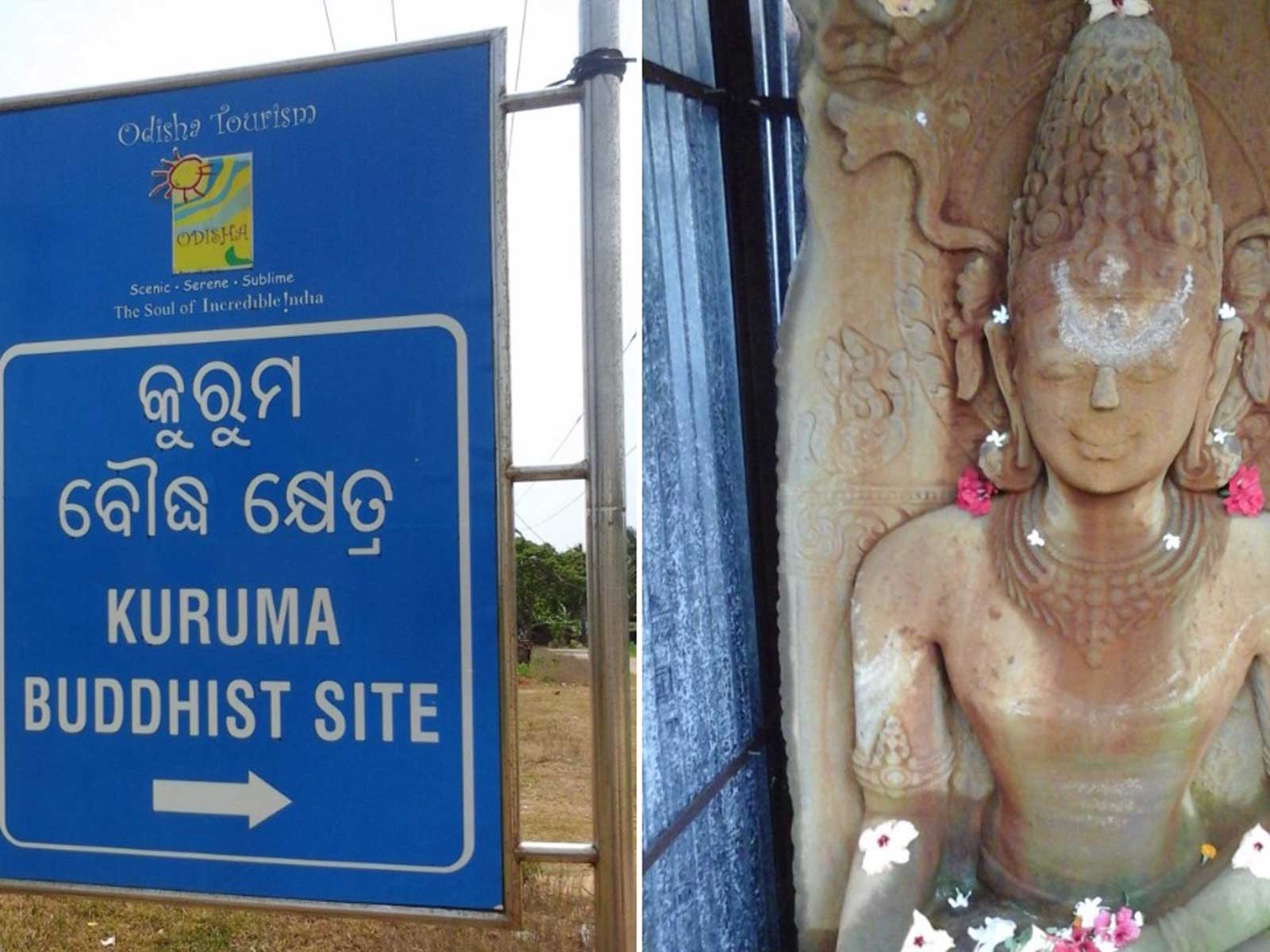 Just 7 Kilometers from Konark lay an archaeologically significant site called Kuruma Buddhist Site, which is unknown to many. It has the remains of the erstwhile Buddhist Monastery of 7th century. According to historical records, Hiuen T’sang, also known as Xuanzang traveled to Kuruma at its peak. This site has 12 cells or quarters for the monks and Buddhist practitioners, a court yard and a shrine chamber. The temple structure houses a Buddha statue, along with a few other statues. The uniqueness of Kuruma Buddhist Site is that it has a shape of Swastik, an auspicious symbol, from an aerial view. The Budha statue is unique with elaborate ornamentation with a crown on the head. No public transport available to the site but we at Surya Inn can arrange traveling to this beautiful lake which is just a 20 minute drive.

Kuruma is famous for the excavated site of Buddha Vihar. It is a small village known as Jama –Dharma. The village has come to prominence due to discovery of Archaeological remains like the image of Lord Buddha seated in BhumiSparsa Mudra along the image of Heruka (a Buddhist deitya). There is a brick wall measuring 17 mtrs. In length which consists of layers of ancient bricks. The place is also important feeding ground for historical research purpose.