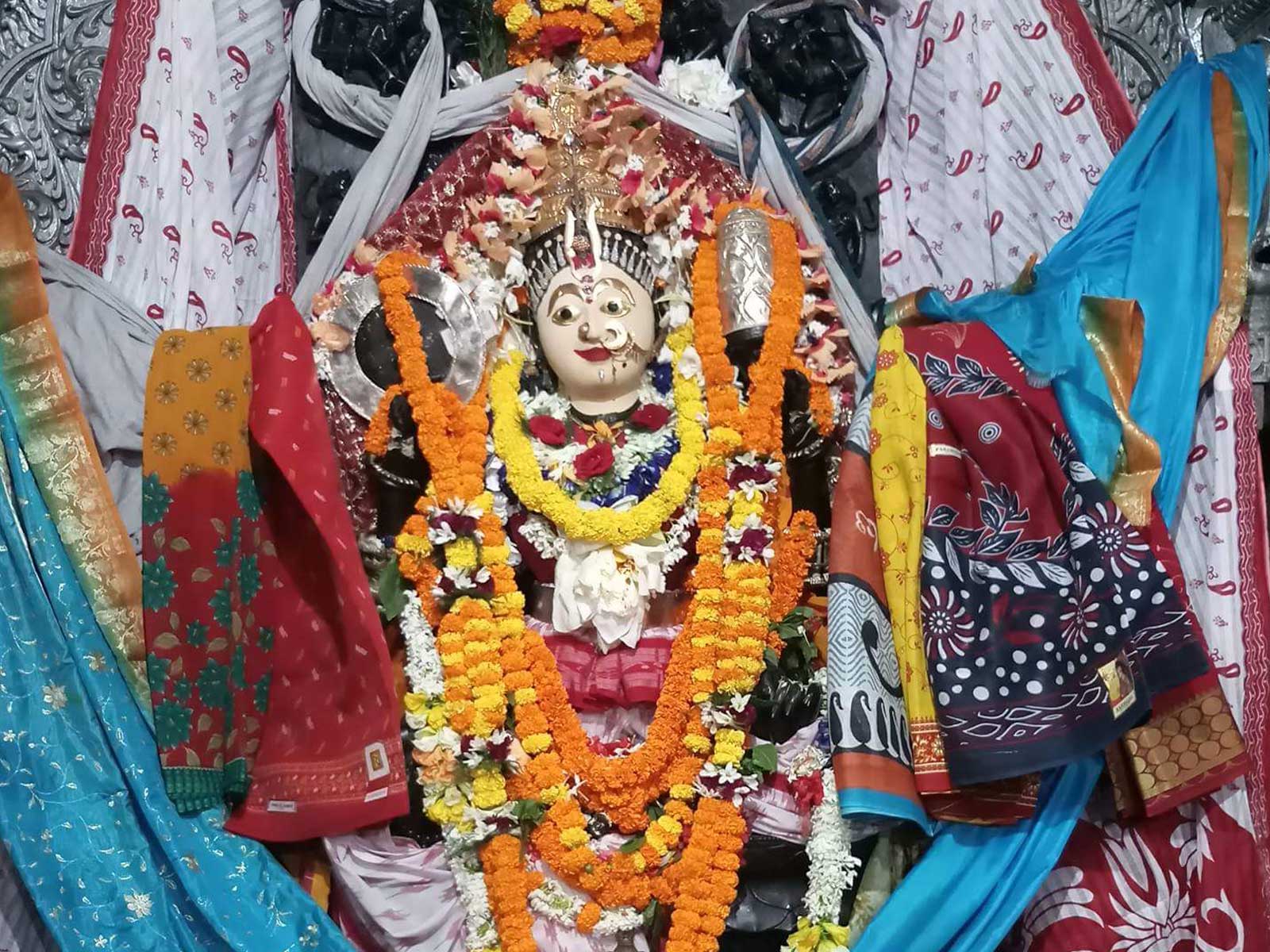 Above all at the back of Ancient River Prachi situated a powerful spiritual center of Goddess Mangala Temple Kakatpur just 20 Kilometer from Surya Inn Konark. Goddess Mangala considered as a living deity with benevolence and blessing for the needy. She is central to the Jagannath culture of Odisha, during the change of idols of Lord Jagannath; the servitors receive the divine instructions from Maa Mangala on the location of Neem trees. Whose timber used to build the idols of lord Jagannath. This is a 15th-century temple and a symbol of the ancient maritime heritage of Kalinga. People believe that the idol of Goddess Mangala found by a fisherman in the river Prachi at a place in river where a crow entered into water and disappeared – the place derived its name from this incident as Crow is called Kaka in Odia.

Mangala Temple Kakatpur is famous for cheese based sweets, many spiritual centers such as Mathas or religious monasteries, Shrines, and astrology centers. It’s also famous as a commercial center for Betel Leaves and other agricultural produces. This place visited by people all across India as a holy place and also for getting reading from an ancient book (Pothi) which can reveal ones future like an oracle.

Kakatpur is famous for the Shrine of Goddess Mangala situated on the bank of river Prachi. The present temple dates back to the 15th century A.D and the deity belongs to the 9th century A.D. Goddess Mangala sits in Lalitasana on a double lotus pedestal. The mother Goddess Surrounded by a host of ParswaDevatas. Ritualistically Mangala is related with Navakalebar of Lord Jagannath of Puri. The belief is that She gives direction for locating the holy log which forms the icon of the Lord at the time of Navakalebar. JhamuYatrais the famous festival at Kakatpur which generally falls in the month of Chaitra (April) . On this occasion a large no. of Visitors gather at Kakatpur to witness the miracles of fire walking Prasad Sevanat.